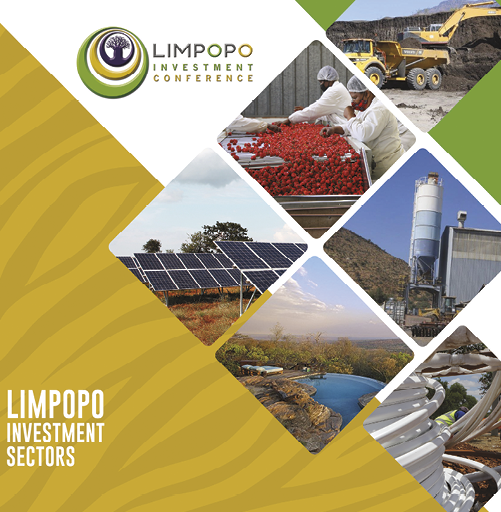 Limpopo Province has comparative advantages in mining, tourism, manufacturing, green energy and agriculture due to its abundant natural, heritage and cultural resources. In order to address the structural rigidity and the legacy of economic exclusion, the provincial government took a bold step to industrialise the economy based on the beneficiation of its mineral wealth, and increased value-added activities aligned to the key sectors of our economy.

The Province has established partnerships with the private sector in tourism, mining, agriculture and the wildlife industry as well as organised business. To strengthen this partnership, the province hosted a Tourism Lekgotla and a Mining Indaba during August and October 2021 and staged an international investment conference in September 2021. The aim of the conference was to market the province as an attractive investment destination and present the abundant opportunities to potential investors.

The Province has developed the Limpopo Development Plan for 2020-2025 with these strategic focus areas:

Provincial growth points and industrial clusters have been identified in pursuit of increasing manufacturing. These clusters include Platinum and Chrome (PGM), Metallurgical, Tourism, Agribusiness and Meat, Horticulture and Forestry as well as Logistics.

Some of the flagship industrialisation projects are the Musina-Makhado Special Economic Zone (MMSEZ) and Fetakgomo-Tubatse SEZ. A pipeline of investments in both SEZs has been established. In the MMSEZ the project pipeline is worth R150-billion with the potential of creating over 21 700 job opportunities. The key investment opportunities for the MMSEZ are in energy and metallurgy, agro-processing, logistics and general manufacturing.

The potential value-add for Fetakgomo-Tubatse is R25-billion with a potential to create over 8 000 job opportunities. The total estimated projects pipeline for investment is around R250-billion.

I would like to take this opportunity to invite all potential investors to take advantage of the beautiful scenery and untapped natural resources offered by the Limpopo Province.