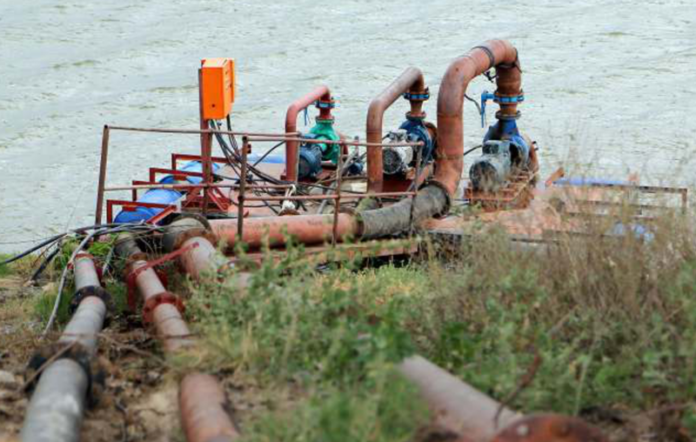 In recent years, South African energy security has been constrained, while the country is also recognised by the Development Bank of Southern Africa as being a water-scarce country[1]. The importance of energy efficiency in assisting with adequate irrigation is of paramount importance.

Danfoss, together with engineering components provider BMG, an authorised DrivePro® service partner of Danfoss, supplied a commercial maize farmer with the technology required to combat challenges around electricity sufficiency, for more effective irrigation purposes and in order to increase production capacity. This initiative has since been followed by other commercial farmers in the wider area.

The challenge: to free up existing electricity supply to increase production capacity

Sydney Govender, Danfoss Country Sales Manager – Drives SSA, says, “A joint Danfoss-BMG collaboration assisted a commercial maize (corn) farmer in Barkly West, within the Northern Cape province, to tackle the hurdles posed by an inadequate energy supply, which could not be increased by other means. The region in which the farm is situated receives little rainfall throughout the year, making effective irrigation supremely important for successful crop yield.”

Mick Baugh, Electronics Manager, Electromechanical Division, BMG, explains, “Pumping and irrigation were the largest consumers of power on this maize-producing farm. The project required assisting the farmer, who was limited by a power supply of only 200 kVA +/- 300 A, to significantly reduce the cost of irrigation per hectare. Additionally, the farmer wanted to expand his crop production to include pecan nuts, but was unable to because of these limitations. The cost of irrigation per hectare therefore needed to be reduced, and the limited power supply needed to be used more efficiently.”

The region in which the farm is situated receives little rainfall throughout the year, making effective irrigation supremely important for successful crop yield.

At the outset of the project, one of the pump sets supplied five centre pivots and some orchards.

Govender clarifies, “In this case, the energy shortage was the farmer’s main concern, with costs being a secondary consideration. We were therefore looking to free up the existing electricity supply in order to use it elsewhere and thereby increase production capacity. The use of variable speed drives on a pump set was the perfect solution to provide the benefits required.”

The proposal was as follows:

The use of variable speed drives on a pump set was the perfect solution to provide the benefits required.

“Danfoss VLT® AQUA Drive FC 202 Variable Speed Drives, which offer additional energy savings when compared with most traditional variable speed drive controls, have been designed for water and wastewater applications, including irrigation,” Danfoss spokesperson says. “These variable speed drives were fitted to all pumps in this installation and controlled by pressure transducers that were set to match the varying demands of different irrigation requirements. The only peripheral component required was a pressure transducer. Pump controllers and valves were not necessary for flow-control in this system.”

Baugh adds, “There were a number of reasons why BMG chose these particular Danfoss solutions. For example, a notable feature of the Danfoss VLT® AQUA Drive FC 202 Variable Speed Drives is the inclusion of a soft start/stop facility, which prevents water hammer on starting and stopping the pumps, thus reducing the possibility of burst pipes. Wear and tear on couplings, pumps and pipes is also reduced.

“Furthermore, these variable speed drives are available from BMG in IP55 enclosures, which do not require dedicated panels for mounting, and this eliminates the need for the additional cooling and ventilation measures normally required to extract heat during operation. Furthermore, closed loop controllers mean that the only piece of peripheral equipment required is a pressure transducer – no pump controller is necessary.

“Finally, BMG, as an authorised Danfoss service partner, with accredited technical staff and an extensive spares stock holding, is able to offer farmers support all year round. With regards to DrivePro services, we stock a number of service exchange units and spare parts at the nearest BMG branch, in Kimberley.”

“At the last count,” says Baugh, “there were over 20 variable speed drives on the farm, with a projected annual power saving of 155,491 kW. After the installation of variable speed drives on all pump sets, the power supply is used more efficiently, resulting in improved crop production and expansion of the farmer’s supply of maize, which now also includes pecan nuts.

“The project was conducted under the umbrella of BMG’s Boer Slim/Smart-Farming agricultural initiative, which has been operating for some six years now, aiming to assist farmers throughout Southern Africa with the selection, installation and operation of new electromechanical systems. These projects are designed to improve efficiencies, reduce energy consumption and minimise maintenance requirements.”

Showcasing an additional practical application of this methodology

In another project that operated along similar lines, Danfoss and BMG assisted a tobacco farmer who wanted to accelerate his tobacco drying process and expand crop production, but who was also restricted by power supply limitations.

After the installation of Danfoss electronic variable speed drives, this farmer was able to run 22 tobacco drying containers at once, where previously he could only run and alternate between nine.

As a result, the farmer has more than doubled his crop production output. Further, there are no more noticeable voltage dips when the process is started up and wear and tear on mechanical components is reduced. Production is also now less labour-intensive, which additionally reduces costs.

Govender notes, “Maize is South Africa’s most important field crop, being both a staple food for many of its citizens, as well as making a significant contribution to the economy. At the same time, the country’s maize exports are generally inconsistent over time due to uneven surplus levels from one year to the next. To compete more effectively in global markets, South Africa has to reduce its logistics and production costs. This, however, is difficult while the country’s power grid remains constrained at the macroeconomic level.

To compete more effectively in global markets, South Africa has to reduce its logistics and production costs.

“The featured Danfoss/BMG initiatives provide an illustration of how assisting two farmers has helped to free up energy, which was then channelled elsewhere in order to increase productivity. If the farming sector were able to follow this example, this would assist individual farmers, while simultaneously allowing them to play their own incremental role in improving the macroeconomics of the country while the electricity supply continues to be constrained.”

Danfoss Drives, a member of the Danfoss group, is a world leader in variable speed control of electric motors. Since 1968, the company has been a pioneer in the AC drives business. Now one of the largest companies in the industry, Danfoss Drives delivers on its passion for development, manufacturing and sale of the most versatile AC drives in the world. Its VACON® drives form the robust foundation for optimisation in industrial applications. VLT® drives play a key role at the sharp end of global resource management and factory automation. Danfoss AC drives adapt to any motor technology, and serve in the power range 0.18 kW to 6.0 MW.