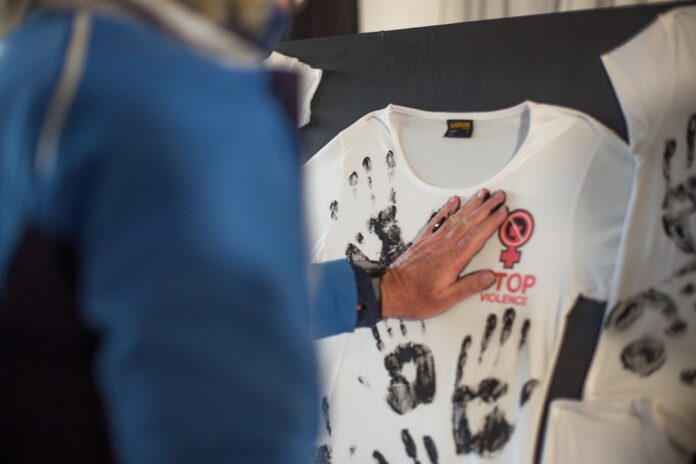 According to the World Health Organisation (WHO), South Africa has one of the highest rates of violence inflicted on women and girls in the world. In his latest newsletter address, President Cyril Ramaphosa wrote that Gender Based Violence has become a second pandemic in South Africa and expressed that it is only when we work together to confront this scourge that we can overcome it.

It is against this backdrop that on 26 November 2021, Glencore Ferroalloys in partnership with the Department of Mineral Resources and Energy (DMRE), Women in Mining Advisory Committee (WIMAC) and Mine Health and Safety Council (MHSC) officially launched their 16 Days of Activism Against Gender Based Violence and Femicide (GBVF) awareness campaign.

The campaign, which calls for zero tolerance against the abuse of women and children within the South African Mining Industry, is a collective effort from Glencore Ferroalloys and other mining houses in the Rustenburg area to play their part in creating awareness as well as supporting victims of GBVF near their operations.

The launch of the 16 Days of Activism Against Gender Based Violence and Femicide campaign was held at the Hedgehog’s Nest in Rustenburg and was attended by 300 women and men in mining from communities and mining houses in the Rustenburg area. Glencore executives, the Department of Mineral Resources and Energy Deputy Director General (DDG): Mineral Regulation – Adv Susan Malebe, Executive Mayor RLM: Cllr Shiela Mabale – Huma as well as representatives from the National Prosecuting Authority, South African Police Services, Department of Social Development and Mine Health and Safety Council (MHSC) CEO Dumisani Dlamini were also in attendance.

Government has announced this year’s theme as “Moving from Awareness to Accountability” urging civil society and the private sector to play their part and become activists against GBVF in their homes, communities and work places.

CEO of Glencore Ferroalloys, Japie Fullard said that the 16 Days of Activism Against Gender Based Violence and Femicide is one of the most important initiatives in the country, stating that the campaign should in fact run for 365 days every year because of the grave importance of women and children in society.

“As stated by our president, violence against women and children has become more than a national crisis and it is even more heart-breaking to know that from July to September this year, there were close to 10 000 rape cases reported. That is a 7.1 % increase from the previous year. This is tragic and unacceptable.

“Glencore is committed to fighting this scourge through initiatives such as this campaign. We recently committed R4-million towards the construction of a new Thuthuzela Care Centre (TCC) at the Dilokong Hospital in Limpopo Province. We have also undertaken to upgrade other TCC centres in the North West, Mpumalanga and Limpopo Provinces to ensure that they are better equipped to support victims. We are committed to continue to raise awareness of this hyperendemic and we do this because we acknowledge that victory will be achieved mainly through the efforts within the communities around us, the forming of strategic partnerships between government and the private sector, and most importantly, the efforts made within our workplaces as well.” said Fullard.

Glencore Ferroalloys also announced support for start-ups founded by women, which we will be mentored at their Enterprise and Supplier Development (ESD) hub which was launched in 2020 to support local businesses around Glencore’s operations.

Enterprise and Supplier Development Superintendent of Glencore Ferroalloys, Charlin Ntuli said that the women who own the start-up businesses represent resilience and commitment because they have never given up.

“Our aim from the ESD hub is to support recipients and uplift communities. We aim to provide them with the tools they need to equip themselves so they can equip others. Our first step is to work together with the recipients to create a development plan after investigating the needs and shortages within their businesses. We then put them through a programme with an expert in a particular field to mentor them as they develop their skills. We are proud to walk this journey with these women whom we have seen grow from strength to strength and we will continue to hold hands with them to ensure that they reach their full potential.” she added.

On the day, the Department of Mineral Resources and Energy Deputy Director General (DDG): Mineral Regulation – Adv Susan Malebe urged all mining houses to intensify impactful interventions/programmes that will overcome GBVF in South Africa and applauded Glencore for playing their part.

“We as government have developed a National Strategic Plan (NSP) on GBVF in order to provide a multisectoral, coherent strategic policy and programming framework in response to the crisis of GBVF with pillars and initiatives. In addition to implementing polices, we are also in communication with traditional leaders and church leaders in communities so we can have effective workshops on GBV in the communities. Lastly, we applaud Glencore that has been proactive and has not waited for government to launch initiatives that support the activism against GBV.” she said.

Glencore Ferroalloys also announced the roll out of several site campaigns which started on the 25th of November and will run until the 10th of December to ensure maximum awareness and foster a collaborative effort in dealing with GBVF across all their operations.

Growing a successful crop of female entrepreneurs in SA agriculture