The big winner for the night was Namibia’s Plastic Packaging (Pty), who was crowned Regional Exporter of the Year, ahead of the first and second runners-up Technical Systems Pty Ltd from South Africa and Far East Textiles Pty Ltd from Eswatini, respectively. These three firms were among eight national finalists who beat other worthy contenders to emerge as the Exporter of the Year in their respective countries. 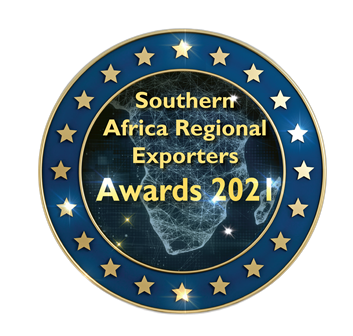 The awards are part of a collaboration between the U.S. Government through the United States Agency for International Development (USAID) and the Eastern Cape Development Corporation (ECDC). “This partnership with the U.S. Government, has over the past three years, assisted the Eastern Cape companies to utilize the opportunities that are presented by the African Growth and Opportunity Act (AGOA). This includes providing firms with information on the requirements of trading with the United States”, said the Eastern Cape Premier Oscar Mabuyane, speaking at the awards ceremony in East London.

The event seeks to incentivize and encourage export firms from the eight participating countries of Botswana, Eswatini, Lesotho, Malawi, Mozambique, Namibia, South Africa, and Zambia, to explore innovative ways of improving their regional and global competitiveness. The awards, which focused on exports to the United States and South African markets, also awarded three supplementary business categories that offer vital support to these firms to achieve export excellence, despite market access challenges, such as the COVID-19 pandemic.

The nominations were adjudicated by a panel of industry leaders from across the region, representing both the private and public sector, who awarded the winners and runners-up solely on the basis of excellence deserving of recognition in the export industry. They judged the nominations in the areas of sustainable export growth, competitive advantage, value and contribution to the exporting sector, future expansion plans, innovation, commitment to international business, and key positive steps the business has taken towards sustainable trade.

In the category of Trade Promotion Service Provider of the Year, South Africa’s Wesgro emerged as the winner, with the South African Footwear and Leather Export Council, and Lesotho National Development Corporation, in second and third place respectively. Absa Bank, South Africa, won the Capital Provider of the Year award, with the African Trade Platform, also from South Africa in second place, and Post Bank, Lesotho, in third place. In the final category of Buyer of the Year, African Dream Foods, from the United States, was the overall winner, with Crouching Tiger Ventures (United States) and Moringa Initiative Limited (South Africa), placing second and third respectively.

The event, which had a large virtual audience, had dignitaries from government, the business sector, and the development community in attendance. The Eastern Cape Member of the Executive Committee (MEC) for Economic Development, Environmental Affairs and Tourism, Hon. Mlungisi Mvoko recognized that the Southern Africa Regional Exporters Awards Ceremony marks a journey towards regional economic integration as the participating countries have common intentions towards sustainable development of the region. MEC Mvoko added that “We [Southern African countries] should continuously seek to unlock the regional potential and opportunities to effectively address the core issues of unemployment, underdevelopment, and poverty alleviation and contribute fully to the upliftment of our continent.”

Acting Consul General, U.S. Consulate General Cape Town, Will Stevens highlighted the U.S. Government’s continuing commitment to supporting the growth of the private sector across the region. He congratulated all the nominated companies, and encouraged all the nominees to consider themselves as winners whose hard work should be celebrated.

The organizers and partners of the event are looking forward to the Southern Africa Regional Exporters Awards returning in a bigger and better form next year.

For more details about the awards, visit: