KwaZulu-Natal is South Africa’s major sugar-producing province. A start has been made on tackling the many challenges faced by the sugar industry: In 2020 the Sugarcane Value Chain Master Plan 2030 was signed by two national government ministers and various sector participants. Among the steps to be taken include diversifying revenue streams and an agreement by users and retailers to buy more South African sugar. Imports have a devastating impact on the local industry.

Two mills have recently closed, the Umzimkulu mill run by Illovo Sugar and Tongaat Hulett’s Darnall mill. With a good crop expected in 2020/21, this will put additional pressure on the country’s remaining 12 mills.

An important part of the transformation of the sugar industry involves supporting small-scale farmers. Of the 10 443 farmers who supply Tongaat Hulett, 94% are small-scale farmers. The Illovo Small-Scale Grower Cane Development Project used 119 local contractors to develop the fields of 1 630 new growers on 3 000 ha. Production sent to the company’s Sezela factory more than doubled and income for the growers is expected to be about R64-million annually. National Treasury and the SA Canegrowers were partners in the project.

SA Canegrowers represents 23 866 growers and is responsible for the production of 18.9-million cane tons. A 2019 project, in which five commercial sugarcane farmers donated 10 tons each of seedcane to five small-scale farmers has been a success. Lilian Dube (pictured below), was one of the recipients in the Amatikulu region and she has prospered with the addition of sugarcane to the variety of crops on her farm.

Neither of the Big Two companies relies exclusively on South African sugar earnings: Tongaat Hulett has a big property portfolio and Illovo draws most of its profit from operations elsewhere in Africa. Diversification is vital for the future of sugar producers and power generation will be an important part of that.

The Sugar Terminal at Maydon Wharf, Durban, serves 11 mills and can store more than half-a-million tons of sugar. It also has a molasses mixing plant.

Of KwaZulu-Natal’s 6.5-million hectares of agricultural land, 18% is arable and the balance is suitable for the rearing of livestock. The province’s forests occur mostly in the southern and northern edges of the province.

TWK is a R6-billion operation that originated in forestry (as Transvaal Wattlegrowers Co-operative) but which is now a diverse agricultural company with seven operating divisions. It has 19 trade outlets in the province and 21 in Swaziland and Mpumalanga.

Beef originates mainly in the Highveld and Midlands areas, with dairy production being undertaken in the Midlands and south. The province produces 18% of South Africa’s milk.

KwaZulu-Natal’s subsistence farmers hold 1.5-million cattle, which represents 55% of the provincial beef herd, and their goat herds account for 74% of the province’s stock. The Midlands is also home to some of the country’s finest racehorse stud farms. The area around Camperdown is one of the country’s most important areas for pig farming. Vegetables grow well in most areas, and some maize is grown in the north-west. Nuts such as pecan and macadamia thrive.

KwaZulu-Natal has two colleges offering higher qualifications in agriculture, Cedara in the Midlands and the Owen Sitole College of Agriculture near Empangeni.

Enterprise iLembe is the development arm of the iLembe District Municipality and is looking for investors to further develop an agro-processing hub near the King Shaka International Airport and Dube TradePort SEZ.

So-called superfoods have potential to grow the agricultural sector via greatly increased exports: these include avocados, pecans and dates. Another possibility is macadamia nuts (already a thriving sector in other parts of the country) and in new areas such as the farming of rabbits.

Among the new lines of agricultural produce being investigated is cannabis. The provincial government initiated a feasibility study to identify opportunities in the production of cannabis and downstream beneficiation. A Cannabis Investor Protocol has been developed and a dedicated Cannabis Unit has been established within the Moses Kotane Institute to assist emerging cultivators and entrepreneurs with infrastructure assistance, funding and licensing.

Another initiative of the Department of Agriculture and Rural Development (DARD) is to promote the commercialisation of goat farming. In 2020/21, DARD assisted farmers to plant 10 658ha for food security and R30-million has been set aside for the establishment of five large nurseries to produce seedlings and fruit trees. The programme will employ 290 agricultural graduates.

The National Department of Rural Development and Land Reform (DRDLR) has launched an Agri-parks programme to support small-scale farmers and to boost other businesses related to agriculture such as abattoirs and transport operators. KwaZulu-Natal is one of four provinces where pilot projects have been carried out. The plan is to have an Agri-park in each of South Africa’s 44 district municipalities with farmers owning at least 70% of the venture.

There are three components to the fully realised Agri-park concept: 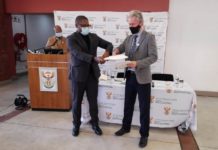 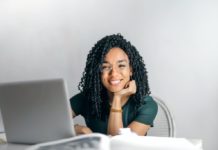 Why your SMME should consider a Customer Relationship Management (CRM) system 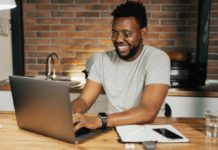 The value of digital transformation for SMEs 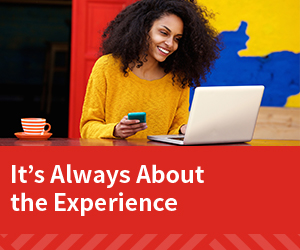