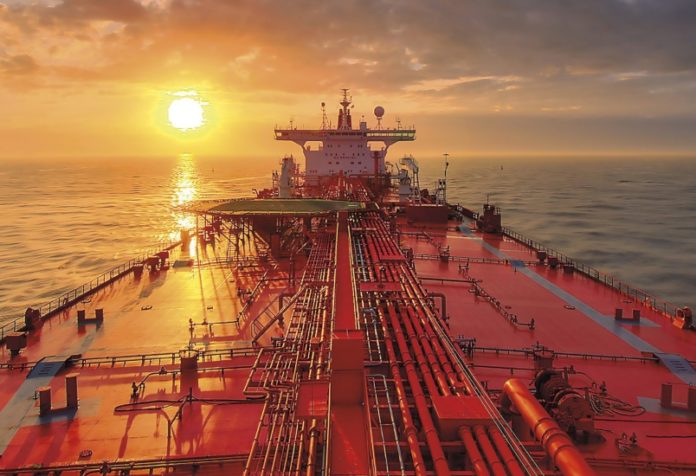 “We built the modern economy on a global logistical supply chain that could not function without oil and its downstream derivatives. This dependence on oil has enabled the broader
oil industry to be remarkably profitable. It has been one of the world’s more important industrial sectors for much of the past 100 years,” writes Mike Townshend.

And because of the scale of the oil industry, it has always been closely entwined with politics. Since its genesis in the late nineteenth century, the oil industry has drawn more controversy than most others. Oil has caused wars, assassinations, man-made disasters, coups and still affects every person in the world today.

Iraq’s 1990 invasion of Kuwait after an oil production dispute dragged the US back into Middle Eastern conflict. US efforts to secure its oil supply, principally from major producer Saudi Arabia, has embroiled it in regional conflict ever since. Ensuring Saudi stability in the strife-torn region has demanded costly US political and defense support.

More recently, elevated oil prices made new US oil fracking production profitable and the US has doubled its oil production over the past decade. The US has once again become the largest oil producer in the world, surpassing Saudi Arabia and Russia. The US is no longer reliant on imports and it is now re-evaluating its expensive and divisive Middle Eastern involvement.

In the meantime, China’s economy burgeoned and the oil-dry country is now the world’s largest oil importer. Simultaneously, Putin’s Russia is smarting at its post-communism loss of geopolitical influence. Putin has been cosying up to Chinese President Xi, realising Russia and China could work together to achieve greater global geopolitical authority.

In late 2016, Russia and the Organisation of the Petroleum Exporting Countries (OPEC) worked together to support oil prices from the relatively low levels of mid-$40 per barrel. Prices recovered and a new, extended OPEC oligopoly dubbed OPEC-Plus seemed to have become entrenched.

When oil prices started falling from $65 at the beginning of 2020, Putin conceived an opportunity to decimate oil prices and thus strike at the booming US shale oil industry while cementing Russia’s goodwill with oil-importer, China. In early March, he chose not to support the OPEC-Plus call for production cuts and encouraged Russian oil companies to instead ramp up production. The Saudis responded by increasing their own production and the supply glut caused a further weakening of prices.

The rapidly spreading Covid-19 pandemic was concurrently decimating global oil demand. The combination of slumping demand and rising supply saw Brent crude prices collapse to $25 per barrel. Investors should expect a six- to 18-month period, if not longer, where oil prices are volatile and likely to languish close to $40 per barrel.

The shake-up of the oil sector will have a variety of geopolitical ramifications. It is still too early to establish how this will play out, but some macro consequences are becoming clearer.

Oil demand is normally correlated with the global economic cycle but is now fraught with uncertainties thrown up by an entirely new set of factors.

Firstly, OPEC’s influence should wane. As the energy transition away from fossil fuels gains momentum and the array of economically viable and less price-volatile energy sources continues to emerge, oil’s dominant position in the energy mix will decline. OPEC’s ability to set prices and thus extract geopolitical bargaining power will diminish. Conflict in the Middle Eastern arena, however, could escalate. New power blocs backed by Chinese or Russian interests will replace US involvement and look to exploit Arab nations and assert power in the region.

Secondly, Sino-Russian relations should deepen on the back of this oil crisis. Their partnership is an outcome of their shared dissatisfaction with the US – both feel antipathy towards the US and its perceived meddling in their sovereignty and interests. Russia has already become one of the biggest recipients of Chinese investments under the Belt and Road initiative. The oil war has complicated Russia’s prospects for economic growth, but its alignment with China could deliver early benefits as the latter’s economy recovers first from the Covid-19 fallout.

The oil price is a factor of demand and supply. On the supply side, there is now significant excess capacity in oil and related-product inventories due to the Covid-19 pandemic. This excess must be absorbed before product prices can recover. At prices below $45 per barrel, oil supply is largely in the hands of the OPEC-Plus oligopoly. At higher prices, higher-cost producers such as the US onshore fracking industry can restart production.

Oil demand is normally correlated with the global economic cycle but is now fraught with uncertainties thrown up by an entirely new set of factors. These include how quickly economies can rebound from lockdowns, whether working from home becomes the new normal and whether wary office workers avoid public transport to favour self-driving.

Bigger influences include the timing and extent of the recovery in global travel and tourism, the accelerating adoption of electric vehicles and how the global logistics supply chain is affected by de-globalisation, reshoring and the establishment of new supply lines. Many of these decisions will be made by politicians.

Uncertainty relating to supply and demand will, therefore, result in a volatile period for oil prices and oil-related investments. So, while an oil shock of this nature offers investors rare buying opportunities, they should proceed with caution.

Foord Asset Management is an owner-managed boutique built on the principles of investment stewardship.

The basics of reviewing your Business Model