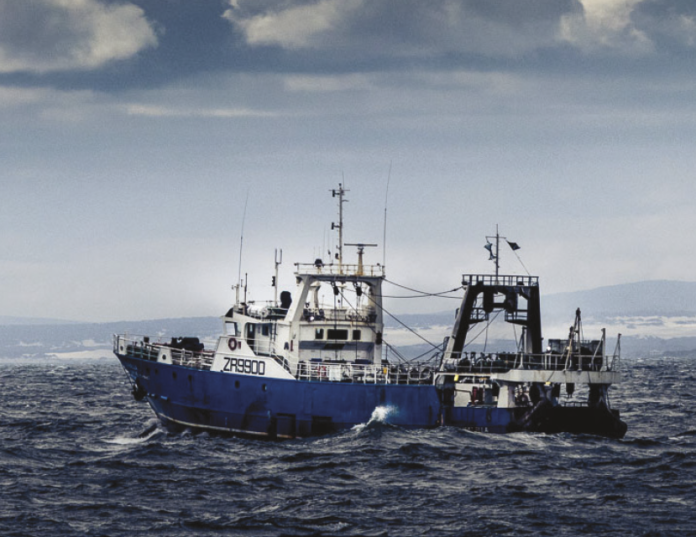 The Ocean, or Oceans Economy, is positioned within the South African Government’s National Development Plan (NDP) as a key driver of economic activity and growth which will help eliminate widespread poverty and inequality by 2030.

As Africa’s largest fishing company, and home to the South Africa’s iconic brand, Lucky Star, Oceana is focused on protecting the integrity of the country’s marine ecosystems, promoting sustainable employment opportunities, and contributing to the country’s food security.

Oceana believes that South Africa’s more than 3,000 km of coastline along a major international strategic shipping route presents the perfect platform for sustainable and long-term usage of our oceans and coastline for responsible growth and development and shared prosperity.

A sustainable oceans economy incorporating both the traditional and newer industries such as fishing and maritime transport, allied to newer sectors such as marine tourism, renewable energy, aquaculture and marine biotechnology, have the potential to meet the needs of all peoples, particularly those who make up rural coastal communities who have borne the brunt of poverty.

From humble beginnings in the tiny West Coast fishing village of Lamberts Bay when the Lamberts Bay Canning Company Ltd was established in 1918, Oceana has over the course of the last century grown to be a leading global fish protein company and Africa’s largest fishing company. Oceana is ranked among the top 5 most empowered companies on the Johannesburg Stock Exchange and listed on the Namibian Stock Exchange as well.

The Group operates in South Africa, Namibia and the USA and markets fish-based products in 46 countries across the world.

The fishing industry estimates that it accounts for 20,000 direct jobs and a further 60,000 indirect jobs across the economy in South Africa, where the Group continues to drive economic empowerment, real transformation and environmental stewardship for current as well as future generations.

Government launched Operation Phakisa (“hurry up” in Sesotho) in mid-2014 to spur sustainable economic growth across key areas in a bid to address poverty, inequality and unemployment. The Oceans Economy was one of seven targeted sectors, and listed six priority areas including offshore Oil & Gas, Aquaculture, the further development of Small Harbours, Coastal and Marine Tourism, Marine Transport and Manufacturing & Marine Protection Services and Ocean Governance.

The fishing sector was not included as one of the key priority areas under the Oceans Economy despite its significant socio-economic contribution which is estimated at over R14-billion a year.

The fishing sector is far more established than some of the newer maritime industries punted under Operation Phakisa but this does not mean that fishing is not a key contributor and enabler to national imperatives of economic growth, job retention and creation, and sustainable economic development, particularly in coastal areas and communities where unemployment and underdevelopment are chronic issues.

The commercial fishing sector, of which Oceana is an important stakeholder, makes a socio-economic contribution of R14.3-billion per annum, employing in excess of 20,000 people directly and a further 60,000 indirectly, and has an annual spend of over R1-billion in developing and supporting around 2,000 SMMEs all across South Africa.

The sector is also noted for its capital intensive nature and, as such, lists fleet and processing facilities valued at over R13,5-billion, with further capital investments of R7,5-billion over the last 15 years.

The sector furthermore can speak to demonstrable transformation, having moved from one of the most untransformed sectors into one of the most transformed. Under Apartheid only 1% of commercial fishing rights were held by black South Africans, but black ownership has grown and has continued to rise, from 35% in 2004 to over 75% currently.

Oceana operates 11 factories across the world and also manages a fleet of 54 vessels and eight cold storage facilities.

The Oceana Group works hard to empower communities and contribute to environmental sustainability throughout all the communities in which the company operates. Oceana is also committed to job security, investing in skills development, and bringing new technologies to bear to support and uplift coastal communities.

The Group is working hard to drive positive transformation in fishing to ensure that the small-scale fishing sector participates in and contributes towards the broader economic development of South Africa by creating better job opportunities, shared prosperity, and enabling sustainable development in coastal communities.

While the commercial fishing industry is well transformed in terms of broad ownership, here is still a need for greater transformation at participation levels. Continuity through certainty and long-term stability provides the platform for significant further growth and economic development and it is imperative that all stakeholders work together with a unified sense of purpose.

At Oceana, we believe that any company that is afforded the right to fish must prove their tangible commitment to converting these rights into broad-based social and economic benefits.

This should at all times be done in a sustainable and inclusive manner. As such, the company launched the Oceana Empowerment Trust (OET) in 2006 to unlock and convert the value of harvesting fishing rights into shared, broad-based value for eligible black South African employees.

The OET has a 10% shareholding in Oceana with a market value of almost R1-billion, making the Trust the largest 100% black-owned fishing entity in South Africa in terms of ownership value. As of September 2019, 2,447 beneficiaries had received over R400-million through the Trust, allowing them to become financially empowered and active participants in South Africa’s formal economy.

The Oceana Group will also continue to play its part in skills development as it is vital for South Africa and the greater continent’s growth. Oceana’s interventions are premised on the fact that holistic skills development is central to enabling young people and women in particular to be active economic participants and not mere bystanders.

Oceana recognises that the development of the small-scale fishing sector and the enhancing of skills in this area is paramount to longer term success, to empower individuals and communities to participate to a greater degree in the formal economy, but crucially, also creating the opportunities and platforms to support and meet these ambitions.

Communities need to move beyond just survival mode to a state where they are empowered enough to become agents of economic change, where dignity is restored and long-held dreams fulfilled.

I am confident that we have a sustainability strategy that enables us to convert fishing rights into shared value and continue to deliver social and environmental dividends to society.

Oceana invested R28.3-million in skills development in South Africa and Namibia in 2019 and offered leamerships, internships and graduate programmes to empower the youth.

A key part of the Oceana Group’s strategy in terms of empowerment and greater participation in the Oceans Economy is the Oceana Maritime Academy which will be launched and fully operational in the first quarter of 2021.

Oceana has launched this exciting initiative with an initial R40-million capital investment and will spend R35-million a year on fishing sector skills and training with a particular focus on small-scale fishers.

Seeking to address the scarce and critical skills shortage in the industry, the Oceana Maritime Academy will offer world-class, accredited and industry relevant maritime skills and training that will provide the industry with new talent while enabling small-scale fishers to fish more productively, profitably and sustainably.

The Academy will draw attendees from the local Hout Bay community, the small-scale fishing sector from all over South Africa, Oceana Group employees, as well as anyone interested in a career in the fishing industry, and offer training in a broad range of skills.

This shared value initiative will not only strengthen the Oceana business and the talent pipeline pool for the entire industry, but will help build a stronger, more prosperous and equitable country.

While Oceana’s strength lies in fishing, with its core business being the catching, procuring, processing, marketing and distribution of canned fish, fishmeal, fish oil, horse mackerel, hake, lobster and squid, the Group has a diversified portfolio of operations which extend to the provision of refrigerated warehouse facilities and logistical support.

Oceana markets and sells close to 300,000 tons of fish and fish products in 46 countries in Africa, North America, Asia, Europe and Australia and as part of further diversification in the Blue Economy, is seeking to move into longer term sustainable fish supply in aquaculture.

Oceana views the Oceans Economy as a key driver of sustainable economic growth, job creation and food security, yet the Group remains fully committed to protecting the integrity of the country’s marine ecosystems.

Yet fishing is but one way in which the Oceana Group is seeking to empower the communities in which it operates.

Lucky Star provided the WCBDC with the building to be able to provide its services to the St Helena Bay community, resulting in the WCBDC in 2019 assisting almost 200 entrepreneurs with a variety of services.

Oceana recognises that the Small and Medium-sized Enterprise (SME) sector will be one of the key drivers of economic growth and development and employment in years to come and therefore is an active enabler and supporter through initiatives such as interest-free loans, training and infrastructure support, which seek to unlock the inherent potential in this sector, particularly for rural coastal communities.

At Oceana, we believe that by working together, the glaring inequalities which so blight South Africa’s beautiful landscape, can be overcome and we can create a country where opportunity, inclusivity and prosperity for all can find a home. 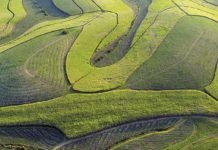