The status of South Africa’s port terminals is an obstacle to economic recovery during the Covid-19 pandemic. Vinpro therefore welcomes President Ramaphosa’s announcement that the national ports authority will become an independent affiliate of Transnet.

This would entail a clear separation between the roles of the infrastructure owner, the Transnet National Ports Authority, the terminal’s management and Transnet’s Port Terminals. It means that all the entities will now operate more independently and more efficiently, with the added advantage that the private sector can work together and join hands with government to put this vision into practice.

“We are especially optimistic that the revenue that will be generated would be utilised to reinvest in the port infrastructure, the replacement of old equipment and the renewal and expansion of the ports, as well as working capital,” says Vinpro MD Rico Basson.

The Cape Town port is of strategic importance to the wine industry and is one of the busiest international shipping routes. South African wine exports represent almost half of its total production and amounted to 330.2 million litres in the year ended 28 February 2021, representing a 6% growth in volume year on year. Of these exports, 41% are packaged wine and 59% bulk wine. The United Kingdom, Germany, the Netherlands, the USA and Sweden are the top 5 markets for South African wine, with a total export value of approximately R9-billion, the second highest of any SA agricultural product. 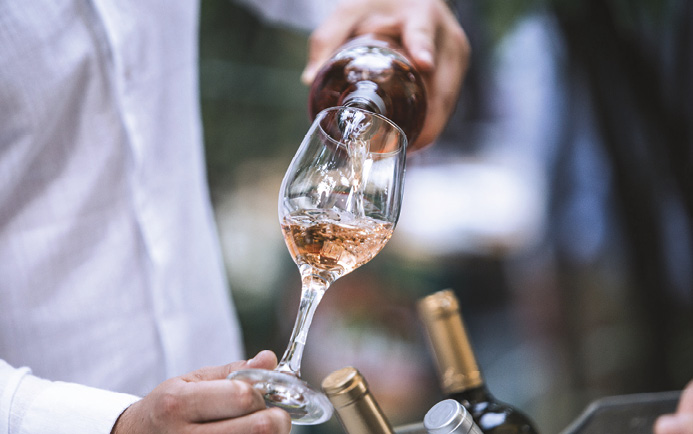 “However, the wine industry is still experiencing various operational challenges at the Cape Town port – not only with exports, but also the import and unloading of packaging materials such as wine bottles for the current season. We cannot afford any delay as it would have a ripple effect on the distribution of the 2021 harvest, as well as the export of wine, which especially has to be prioritised now during the Northern Hemisphere’s summer months.”

A lack of equipment and manpower, delays due to bad weather, congestion as a result of inefficiencies and the fact that container vessels are passing the port as it is not functioning optimally are some of the strategic challenges that the South African wine industry is currently experiencing in terms of exports.

Vinpro actively collaborates with other agricultural industries and representative bodies such as AgriSA and Agbiz, and continuously engages with the Ministers of Agriculture, Transport and Public Enterprises, the Western Cape government as well as the management of Transnet regarding the problems with the import and export of wine and other agricultural products.

“For the wine industry to recover and grow, it is important in the short term that operational activities at the port should remain as optimal and efficient as possible. Structures should therefore be implemented and maintained to ensure that these activities run smoothly. In the long term, we would like to see effective investment in new equipment, as well as the renewal and expansion of our port. An effective and fully operational port is essential to grow the economy of the country and create new jobs. ”